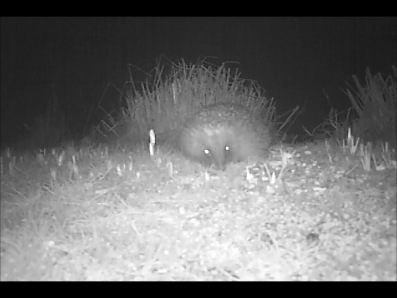 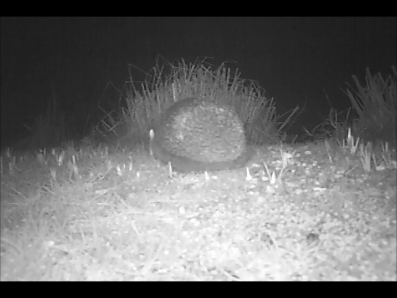 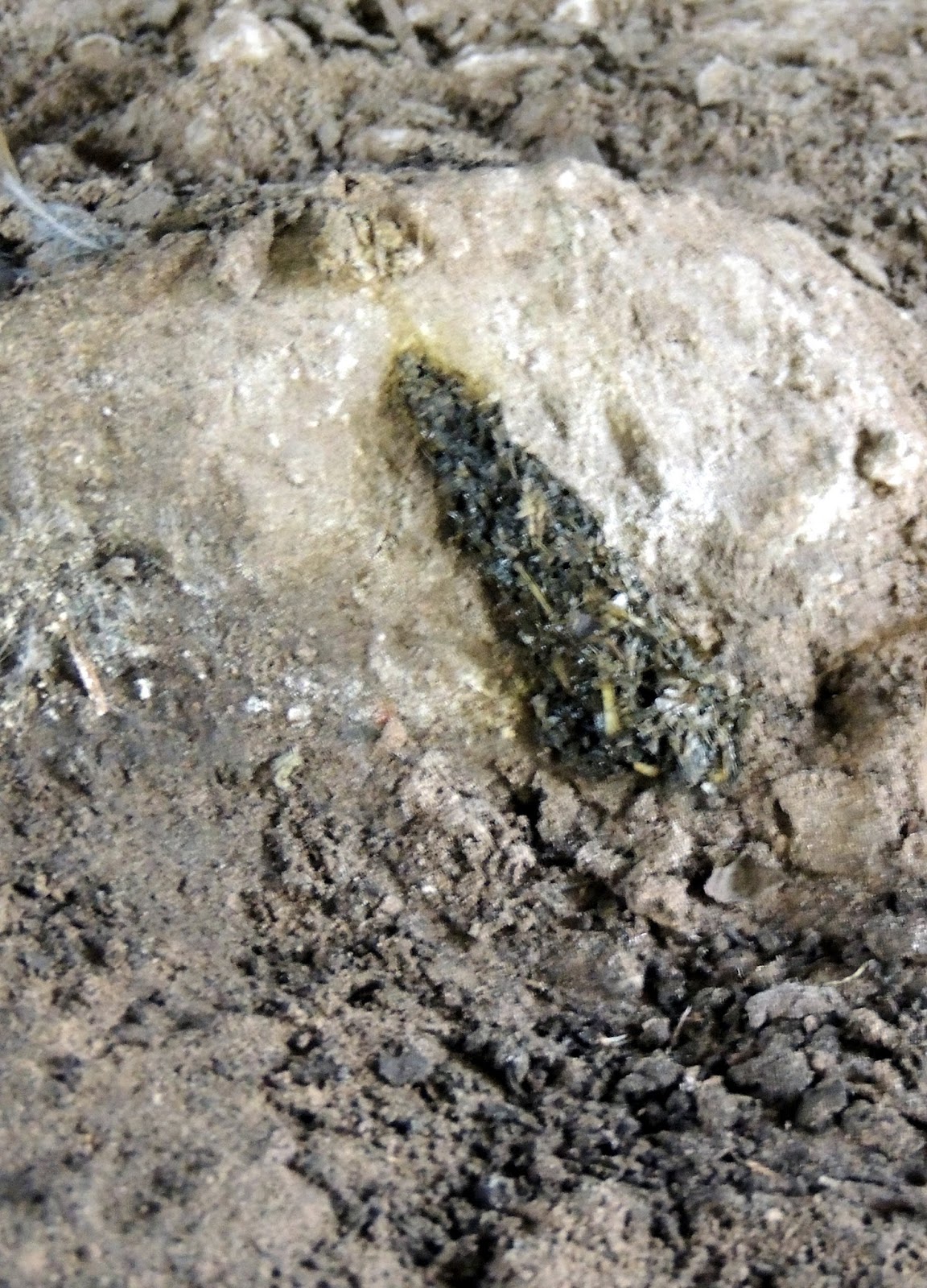 Otter spraint above, and below some otter prints from Whitchurch Country Park (Greenfields) 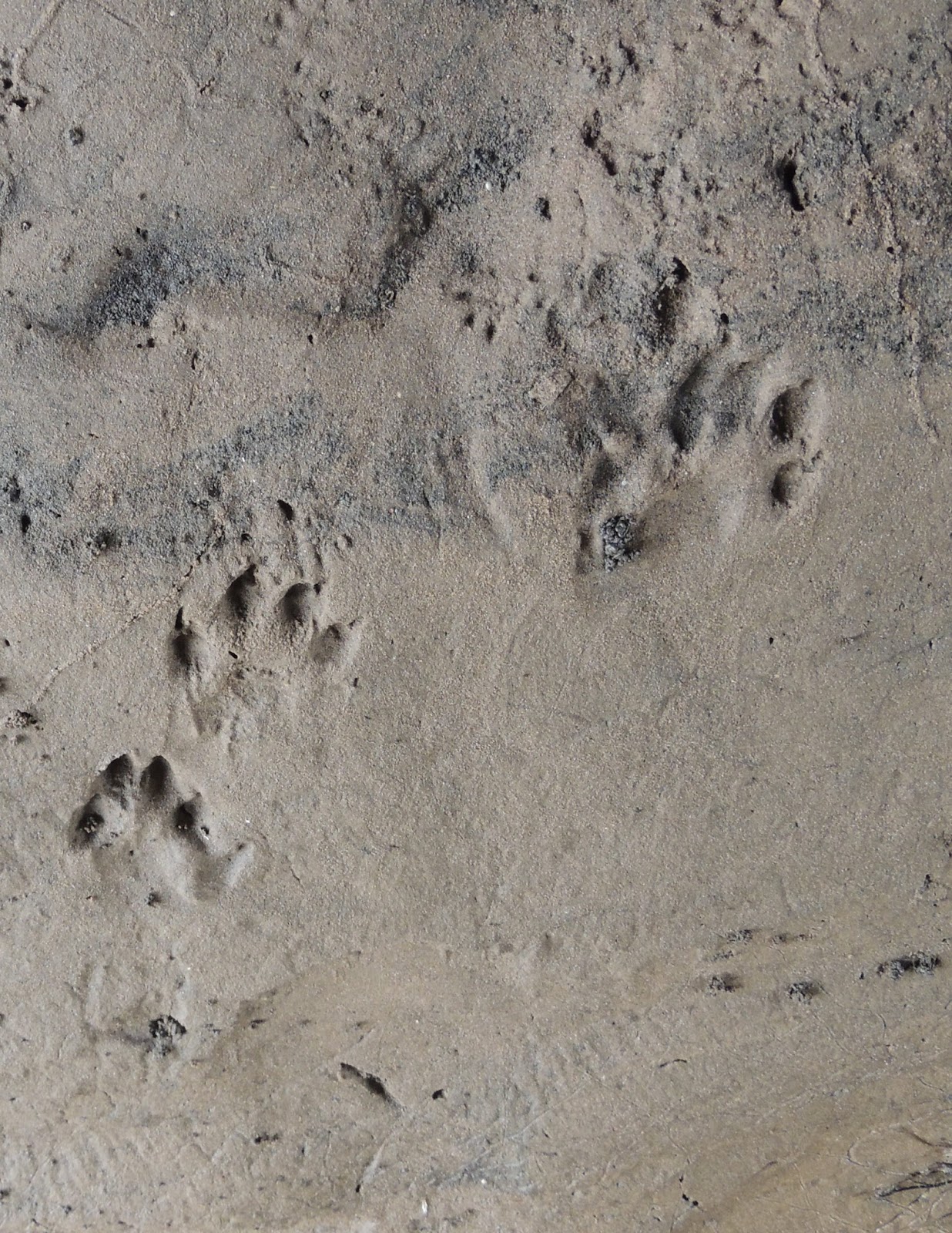 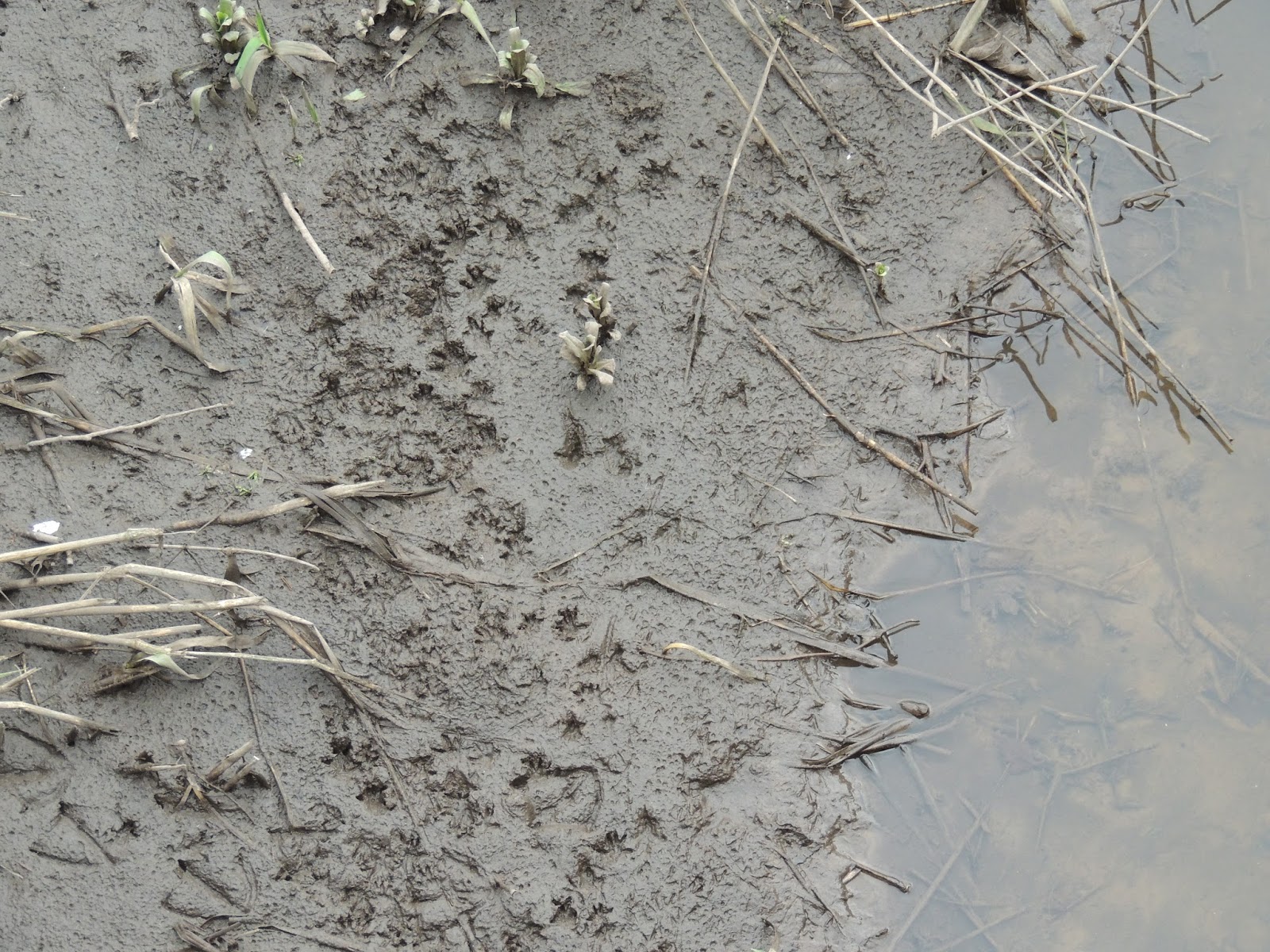 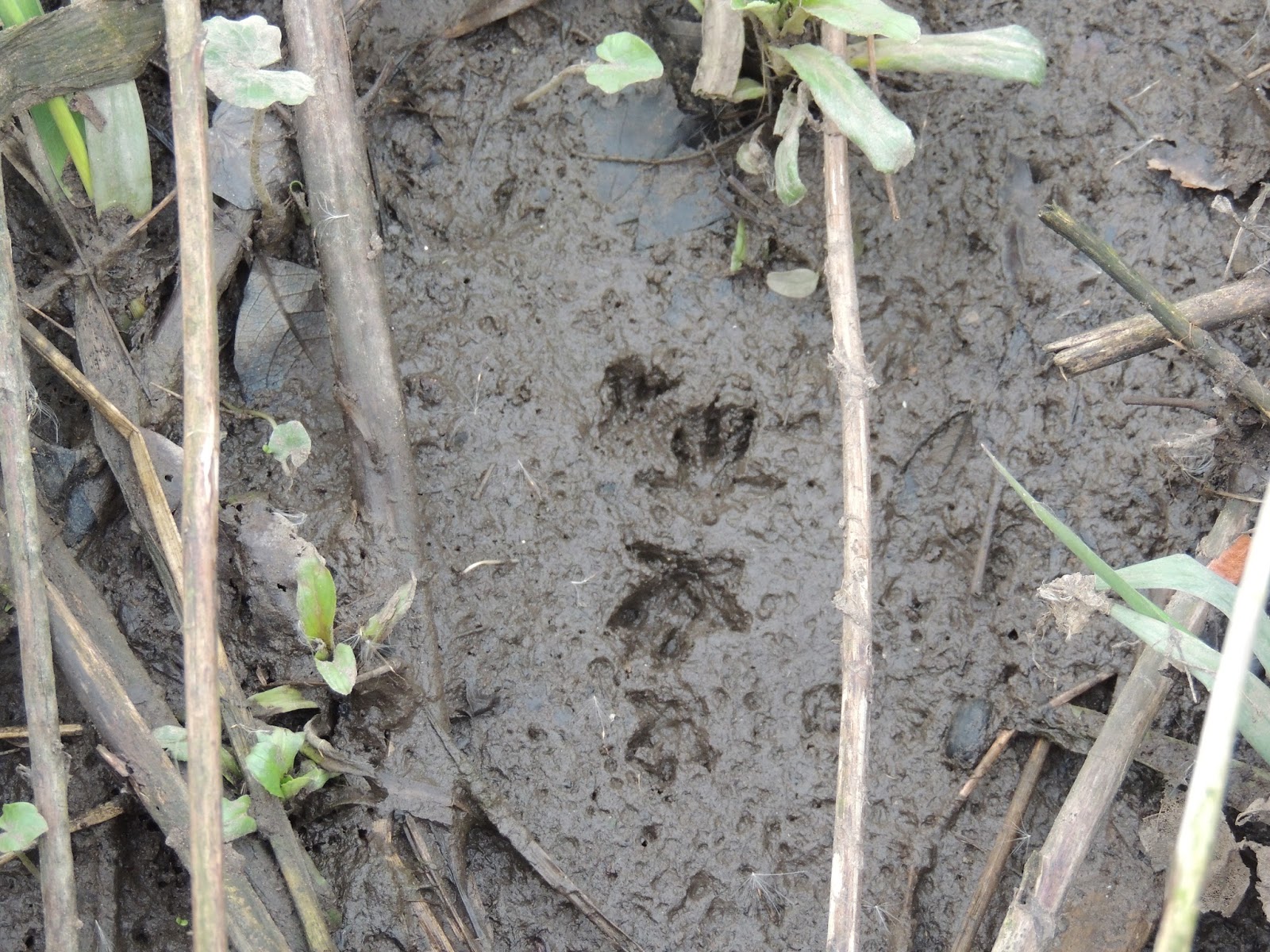 Water voles prints (I hope), also from the country park.

Put the trail cam out last night on a hunch, and got the year's first hedgehog footage. The one in the shed's still asleep, but this wild one was eating hungrily all night. I'm pleased to say that when it turned round, it was Rainbow, the hog who lives across the road.
Posted by Kate at 08:11 No comments: 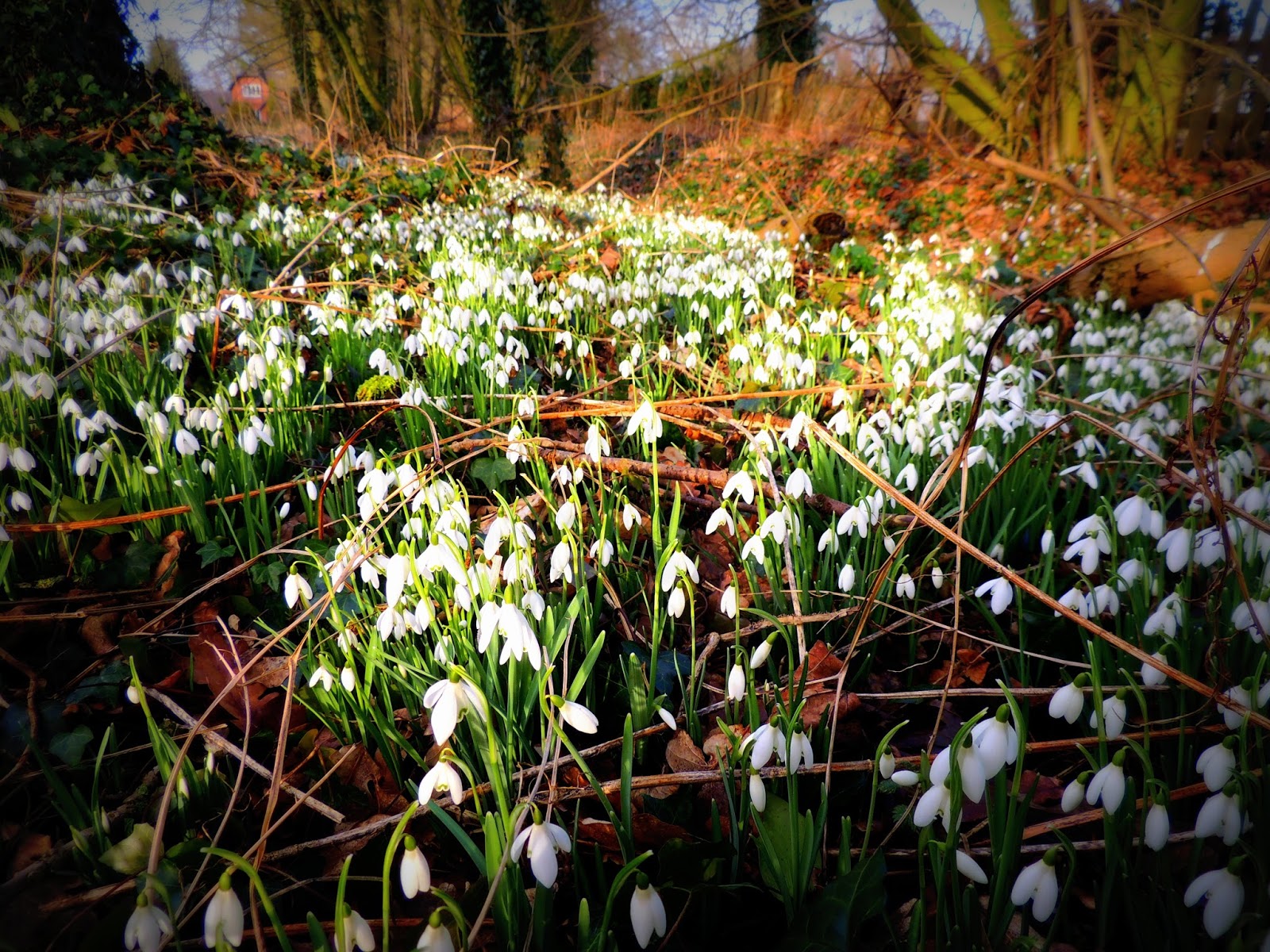 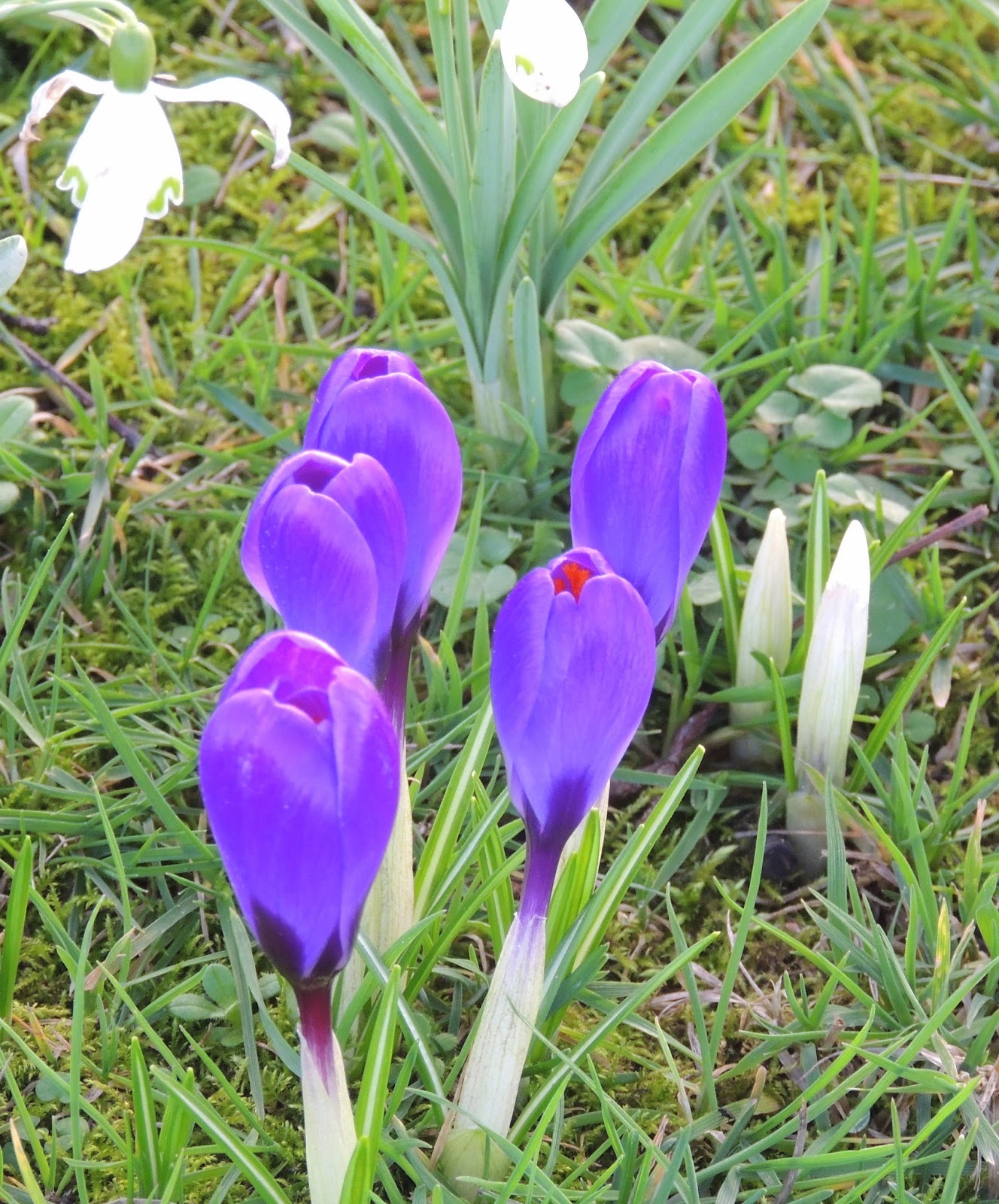 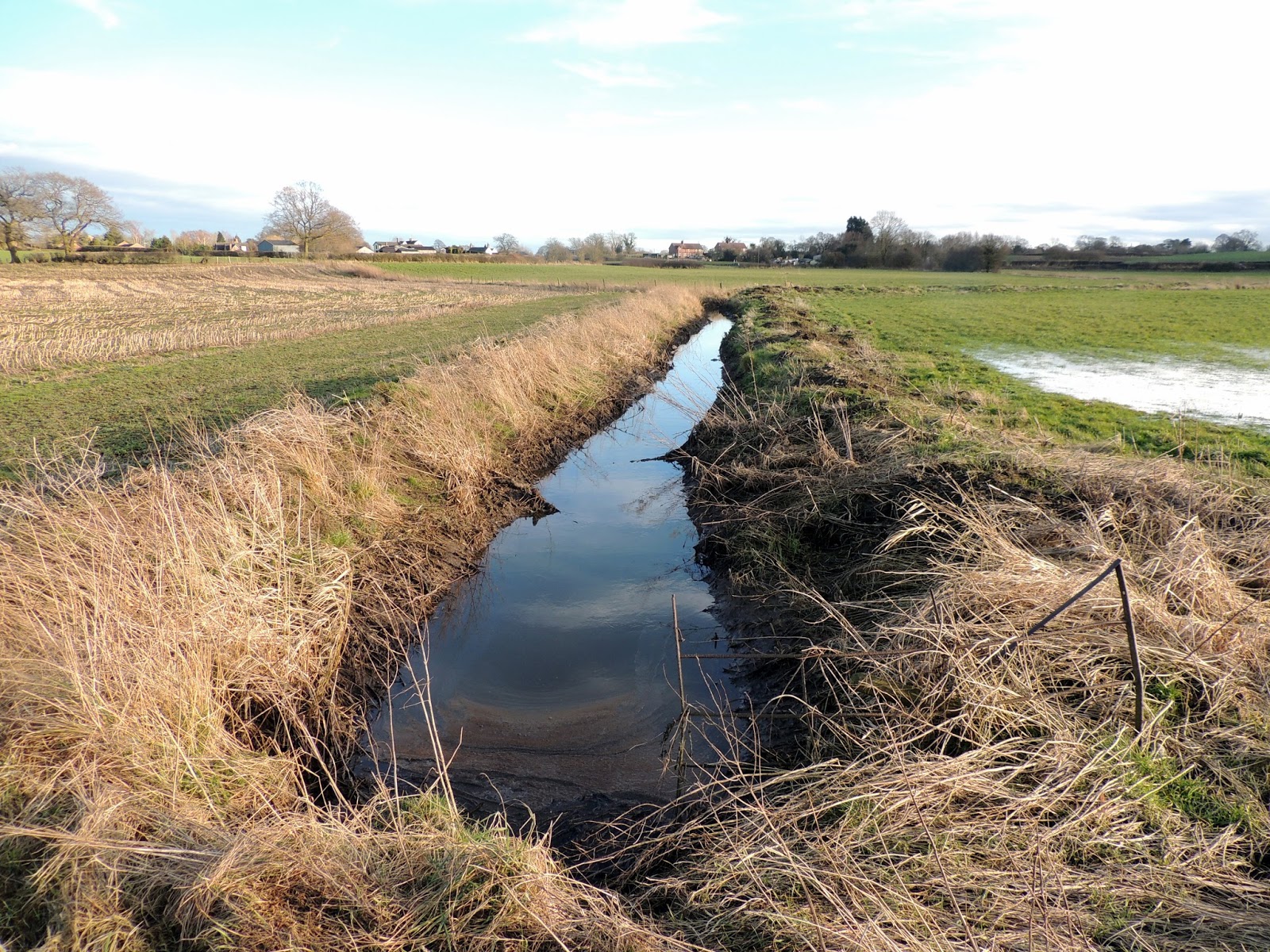 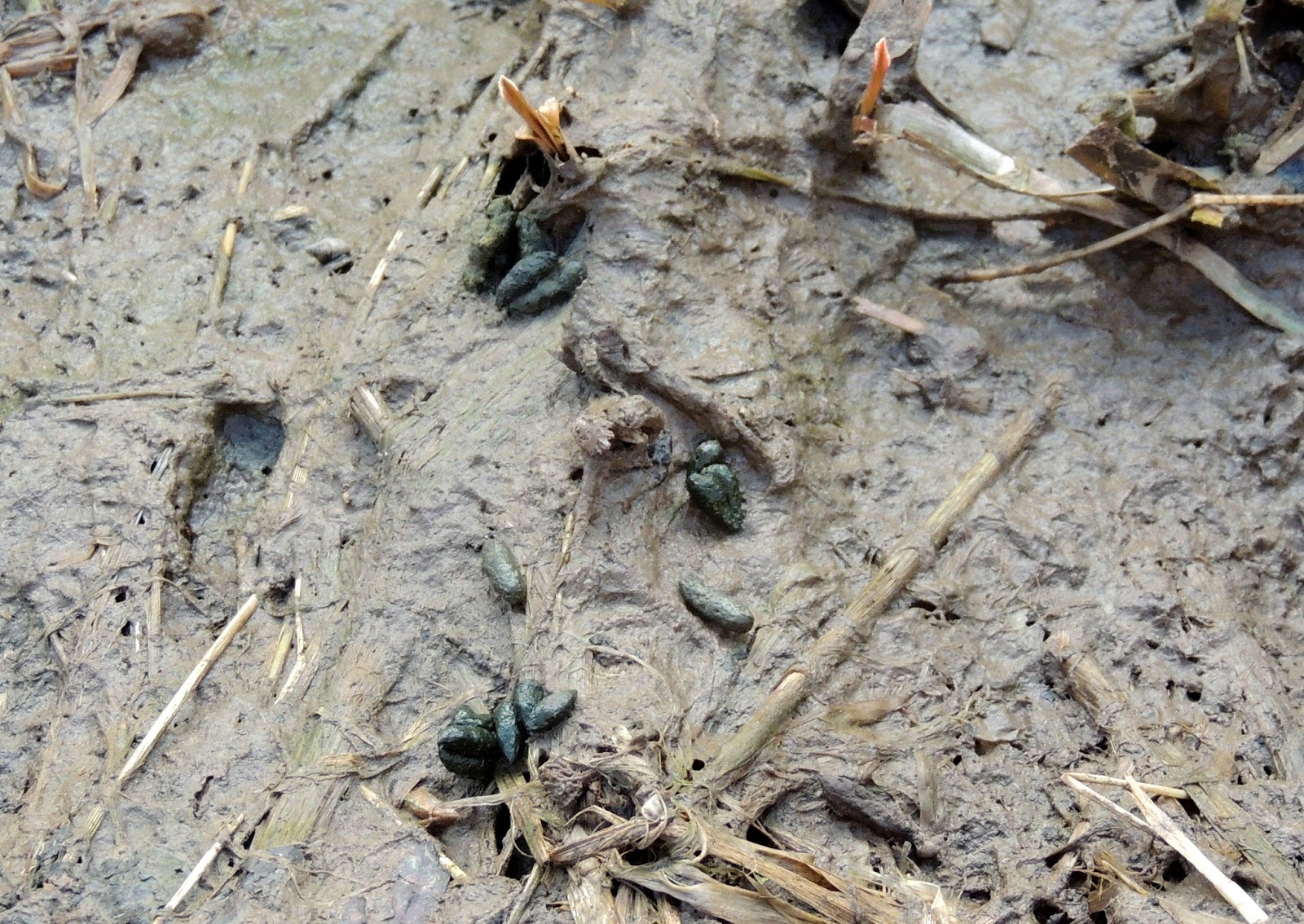 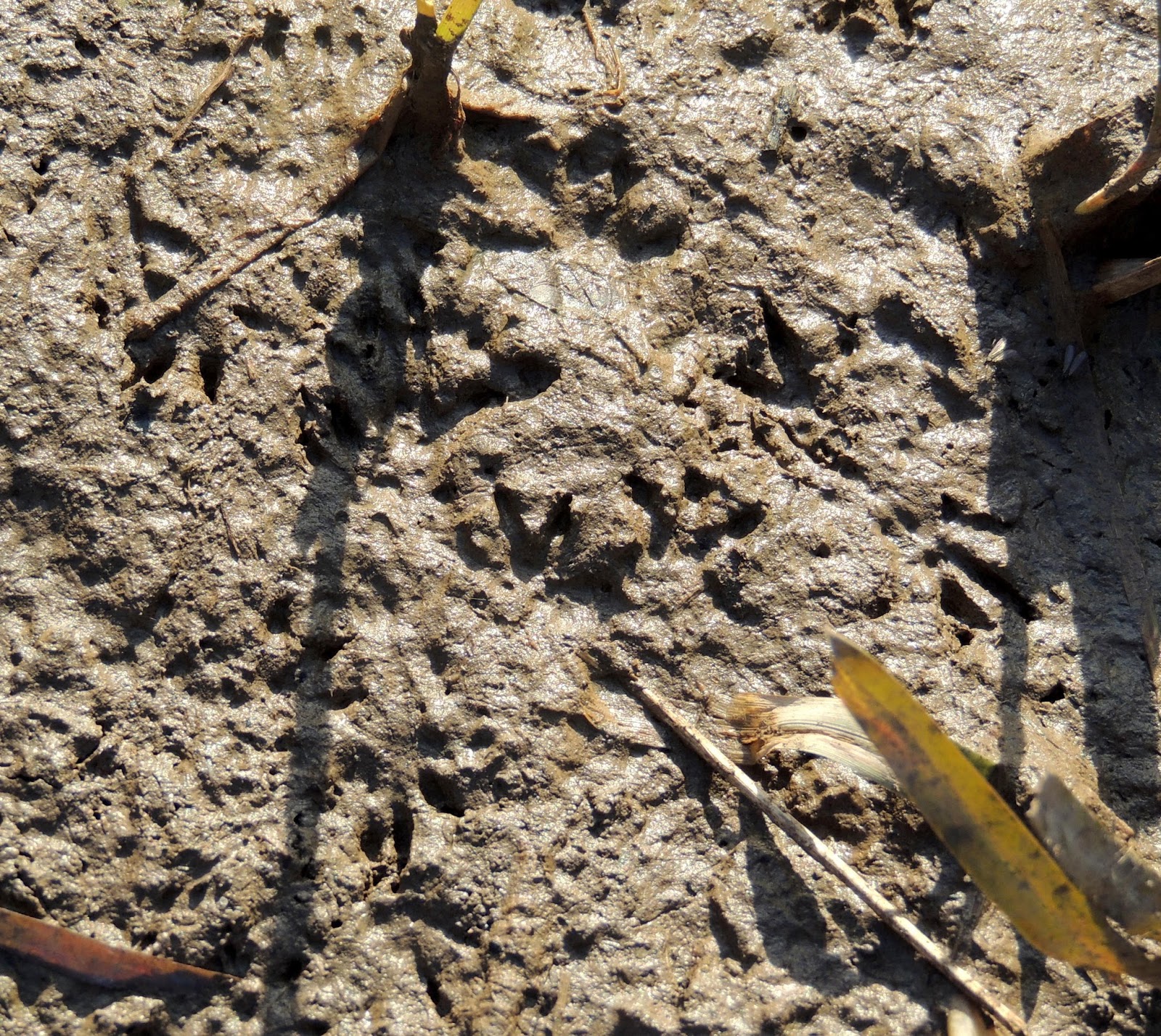 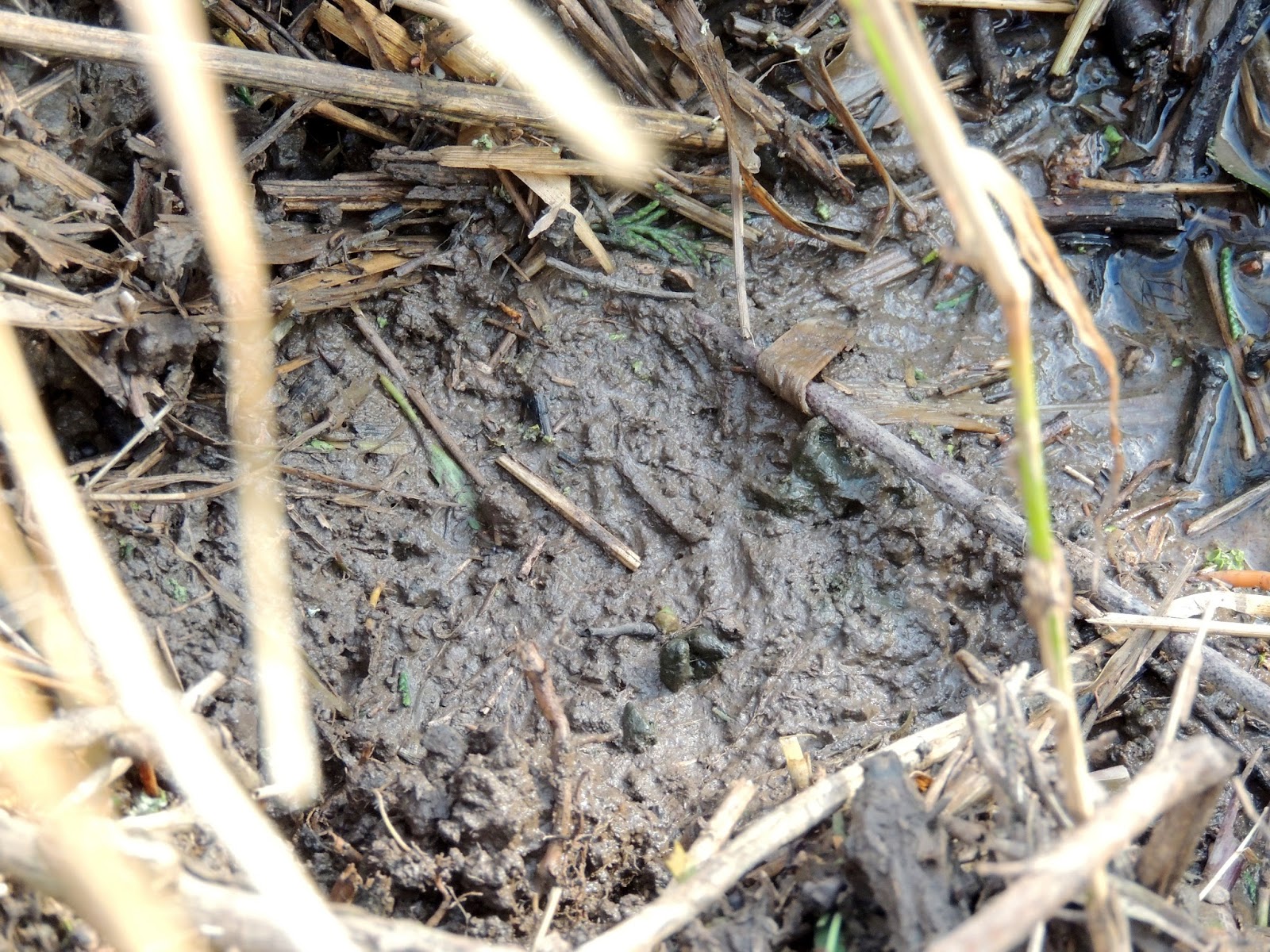 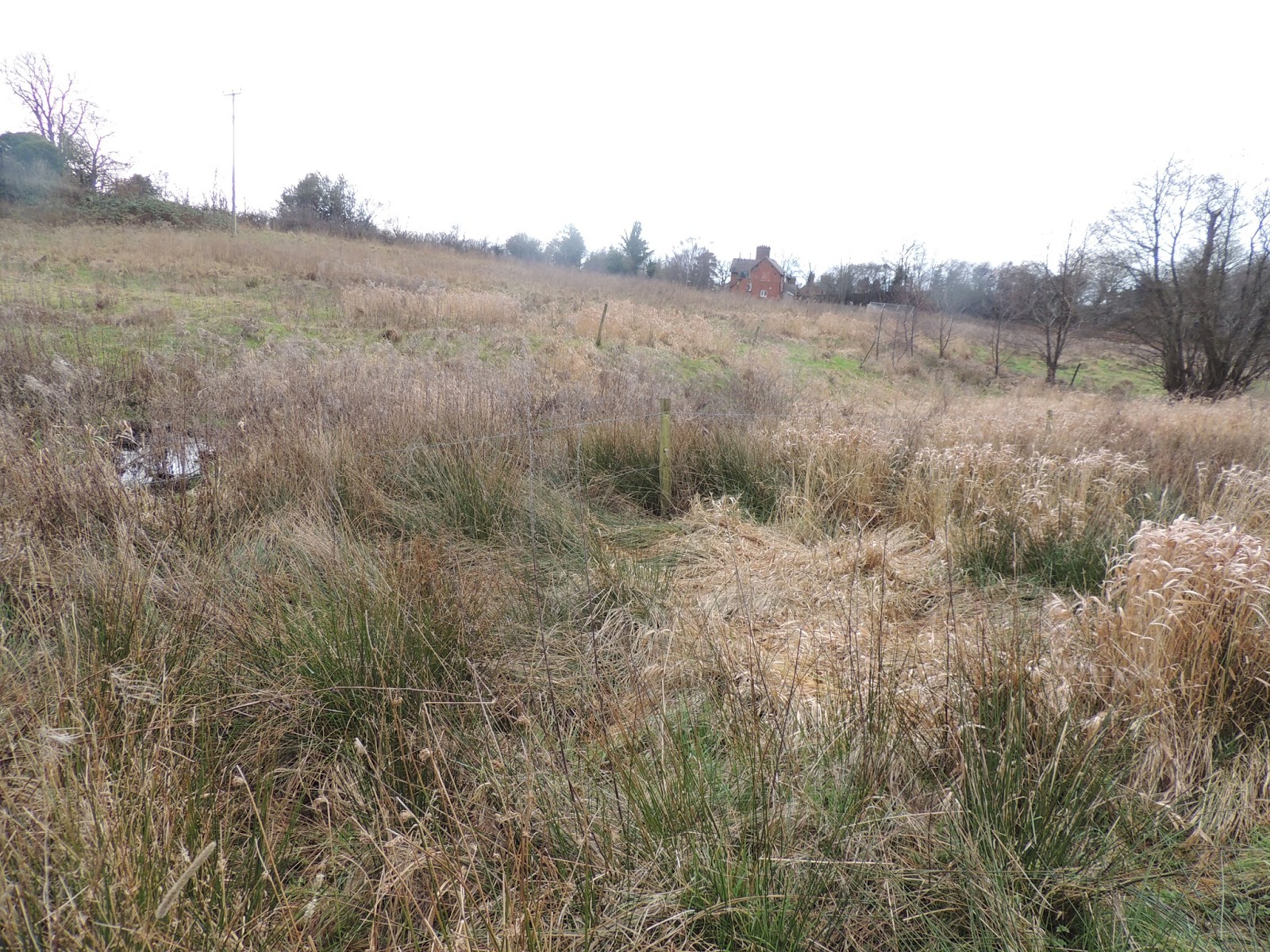 The field off Edgeley Road, and below... 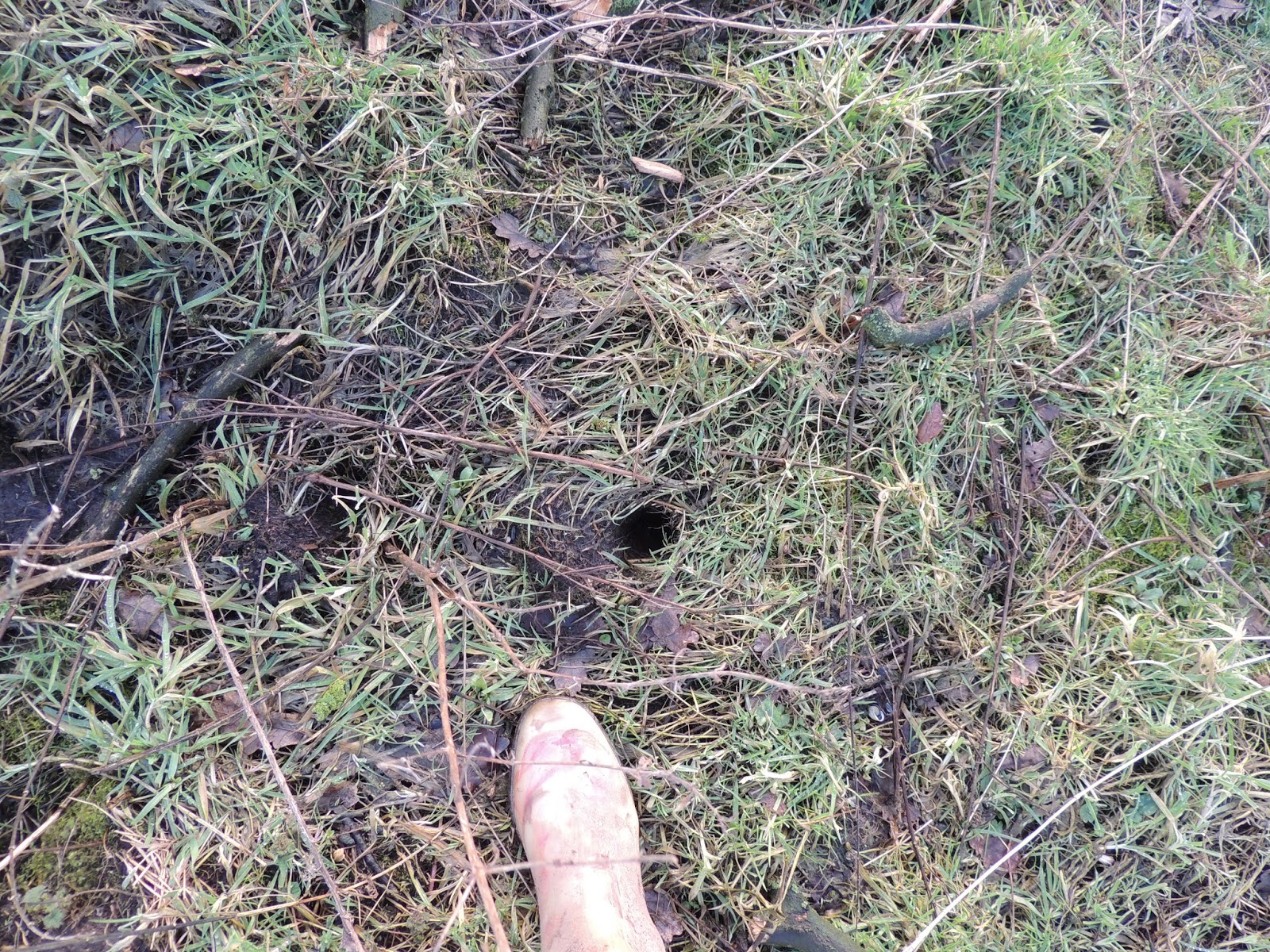 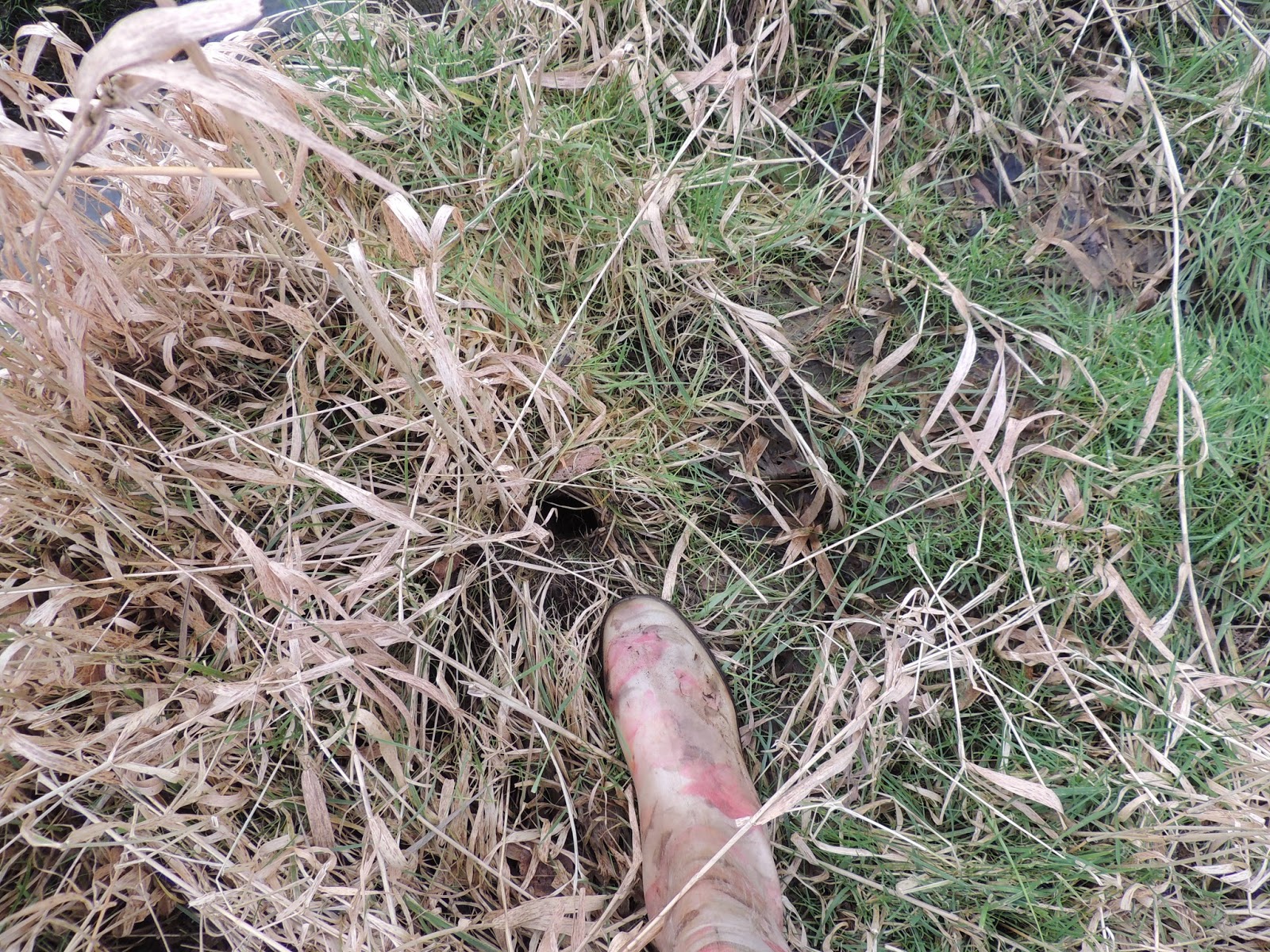 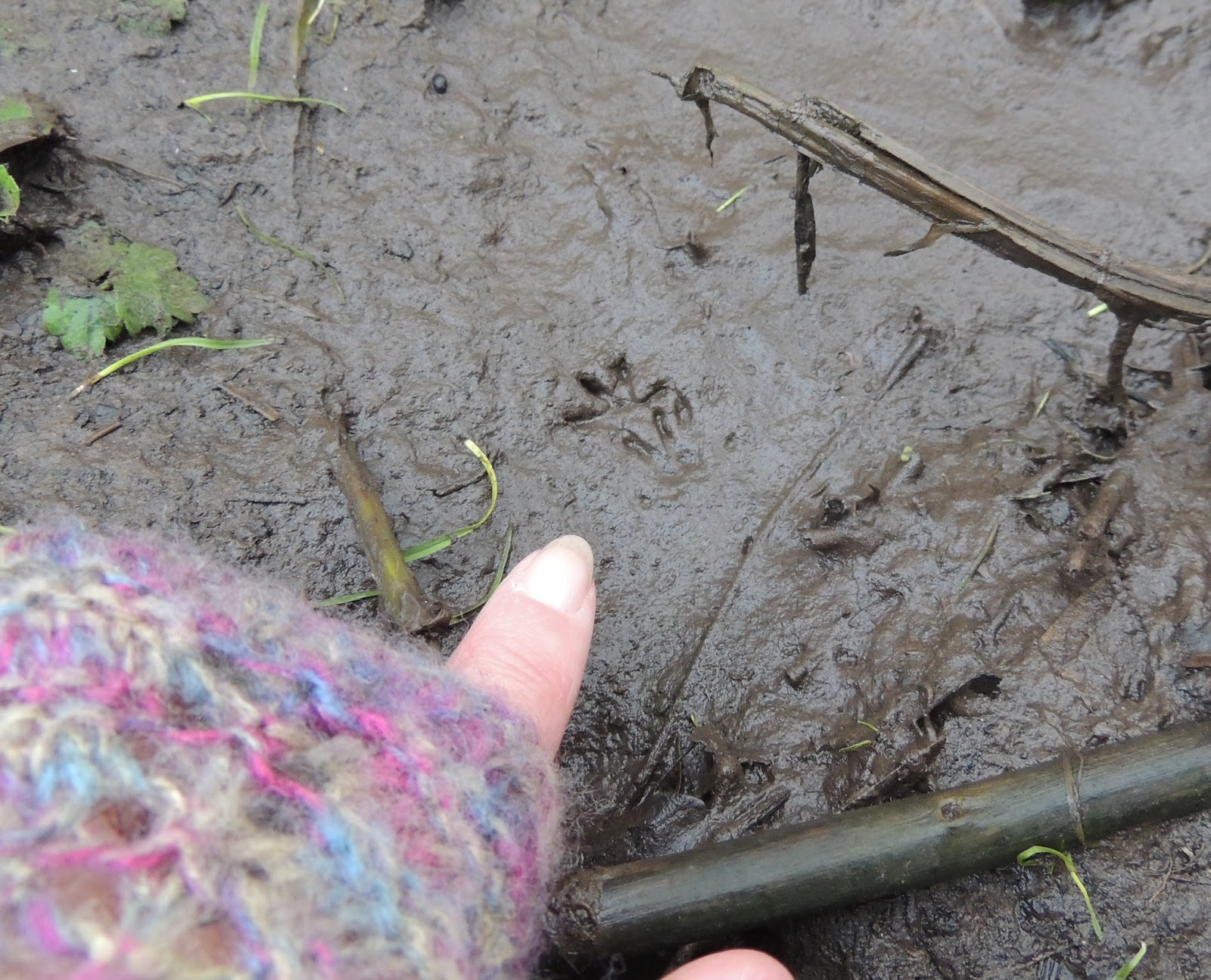 The weather's so vile it's been hard to get out much, but early signs in two areas look hopeful. The stream which goes across the fields at Broughall already has small latrines on the banks, and I'm just starting to see a few burrows in the colony off Edgeley Road. That last area's been flooded, though, so I suspect that will have had an impact on numbers. We'll have to see.
Posted by Kate at 01:34 No comments: 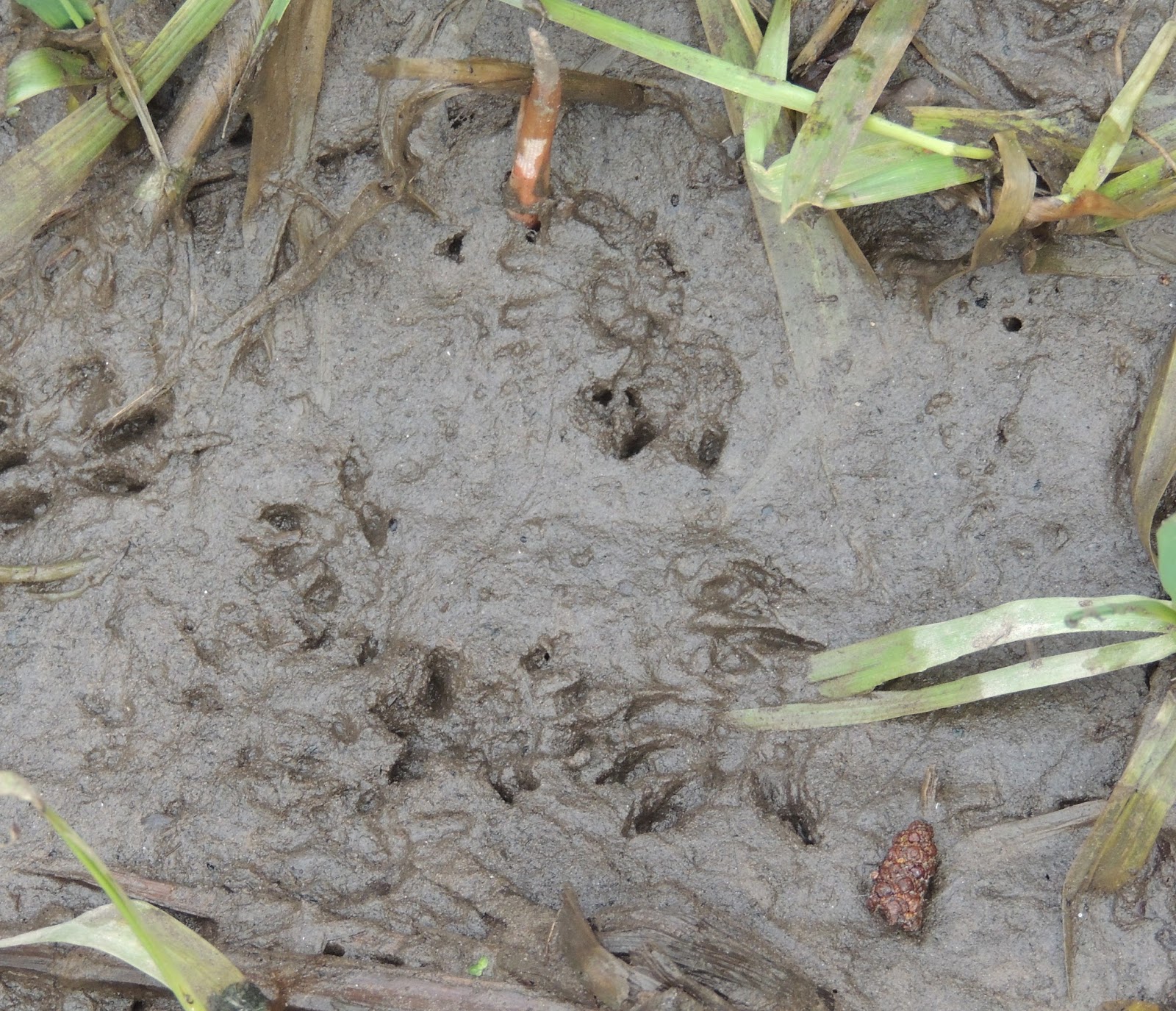 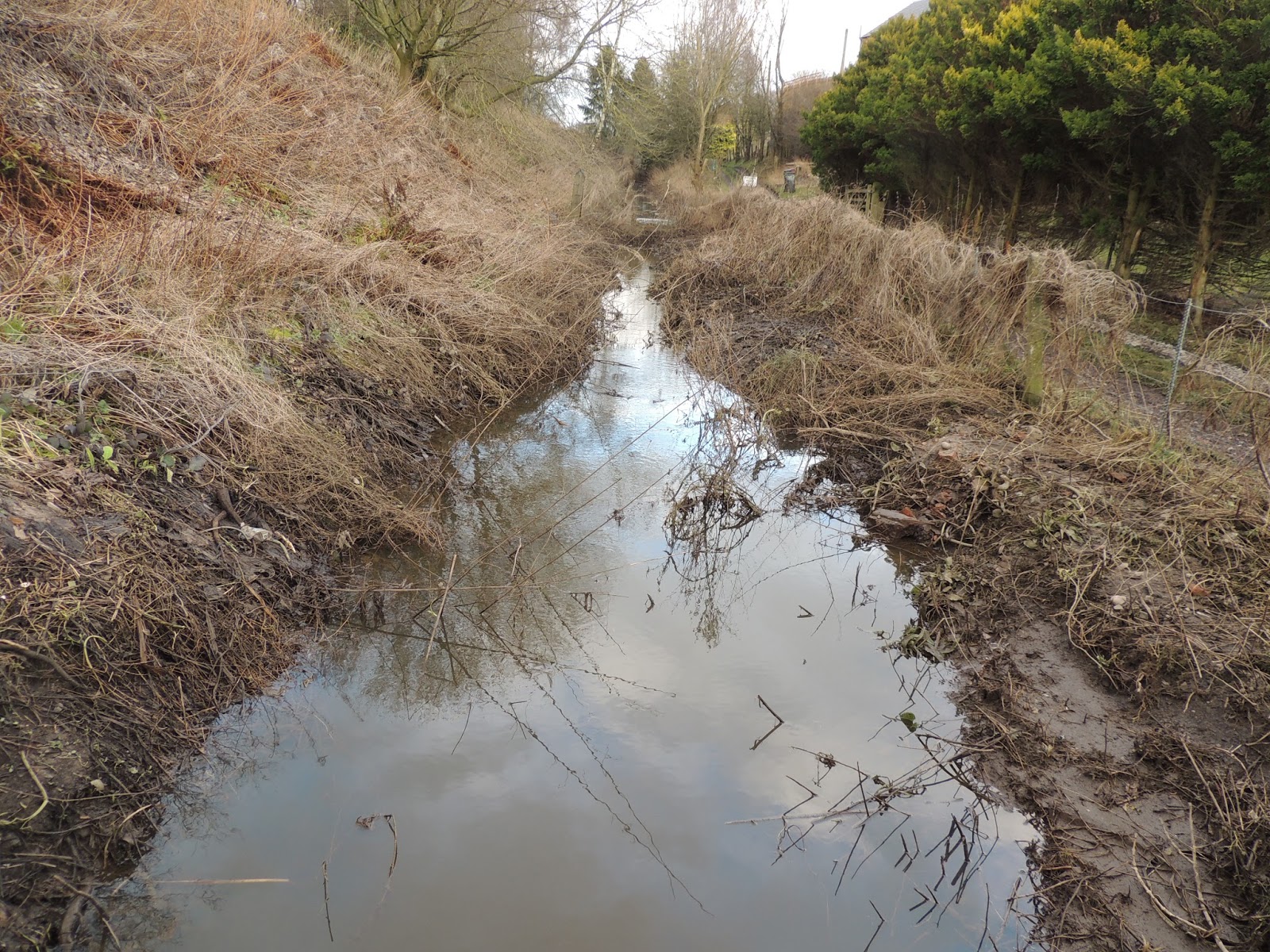 The brook by the railway bridge burst its banks last week. I hope some of the voles have escaped up the higher bank. 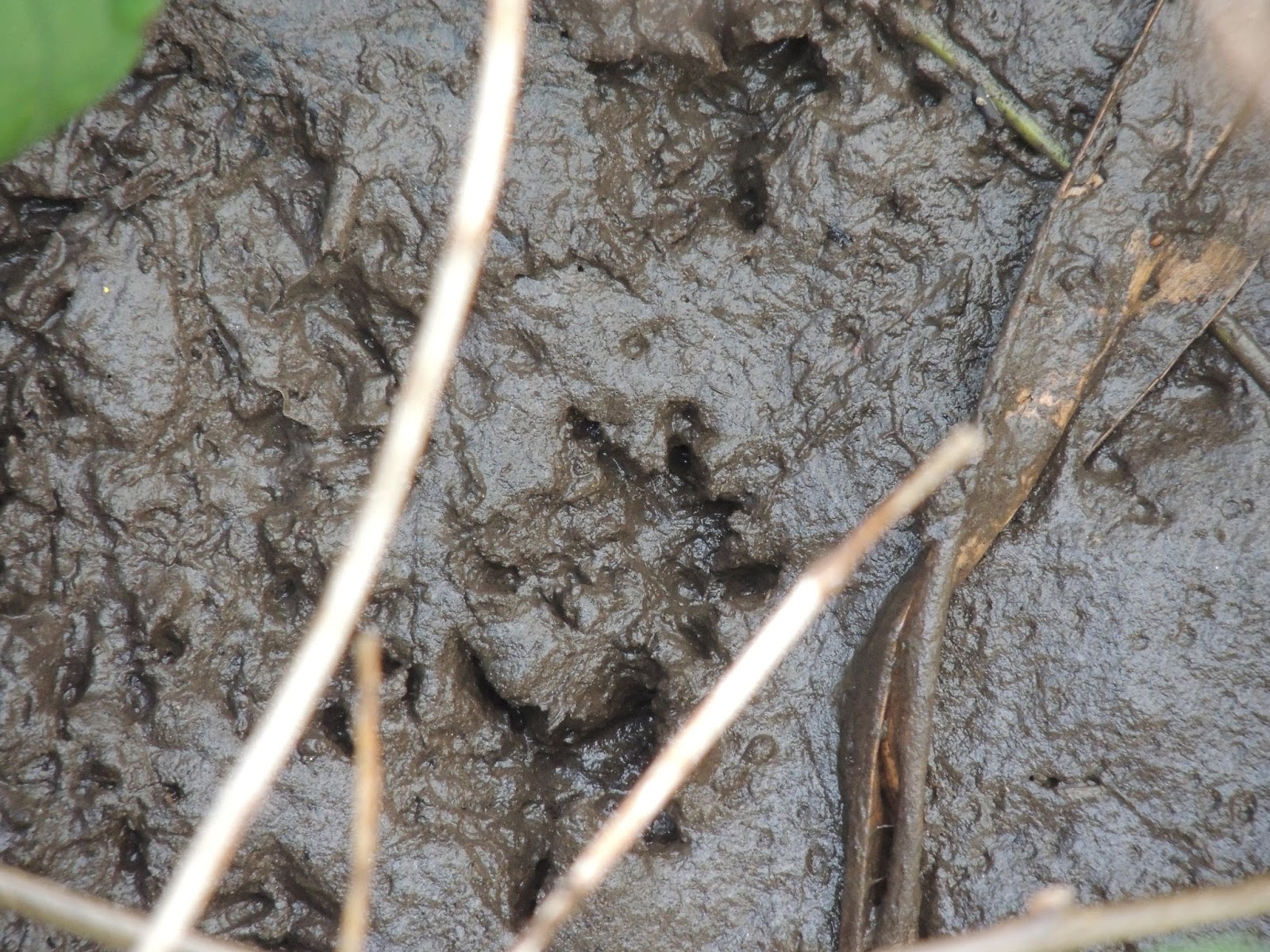 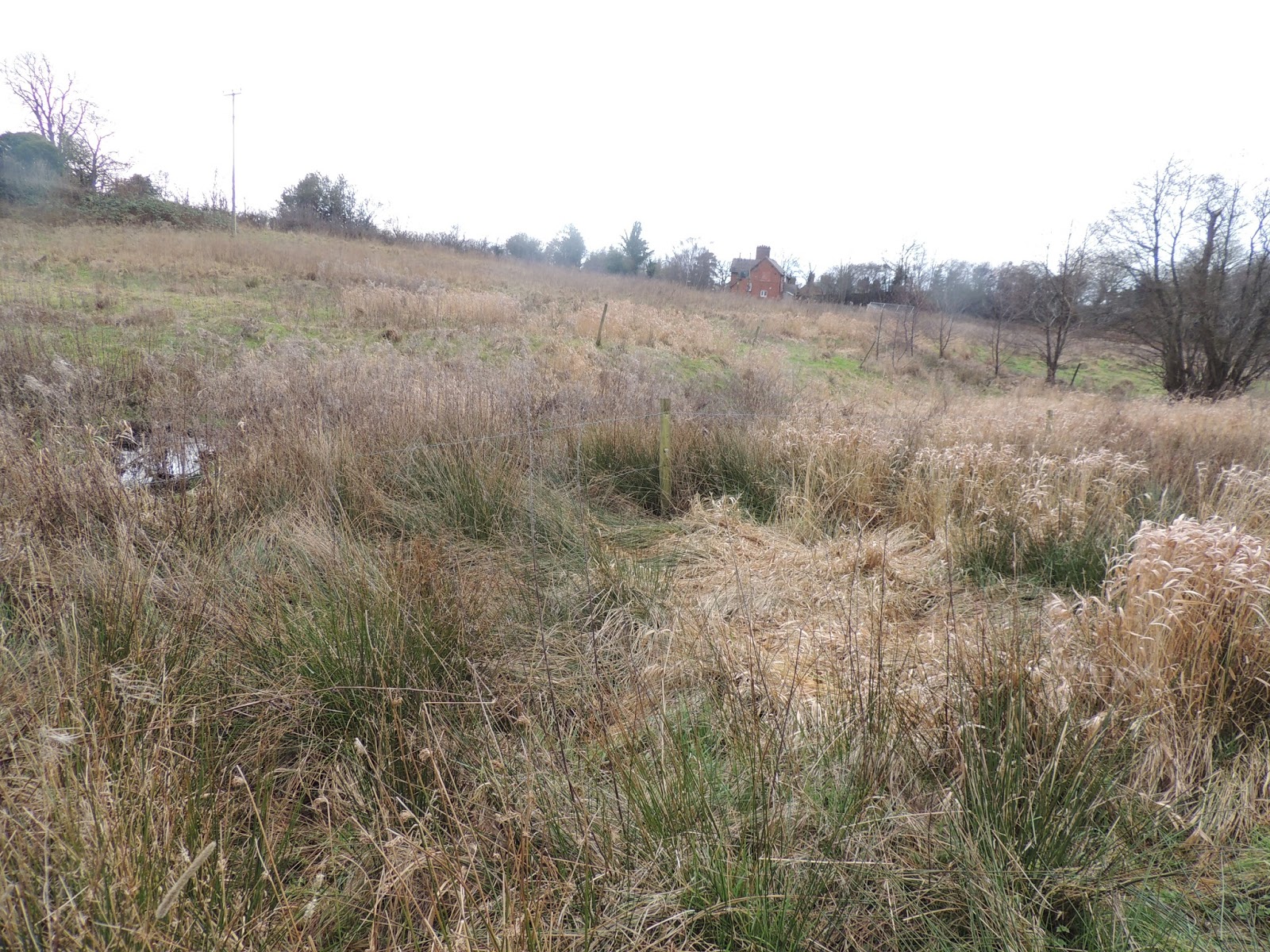 The flooded field off Edgeley Road. There are are no high banks into which the voles can climb out of the way of the water, so I'm hoping they've been able to take refuge in the sedge. 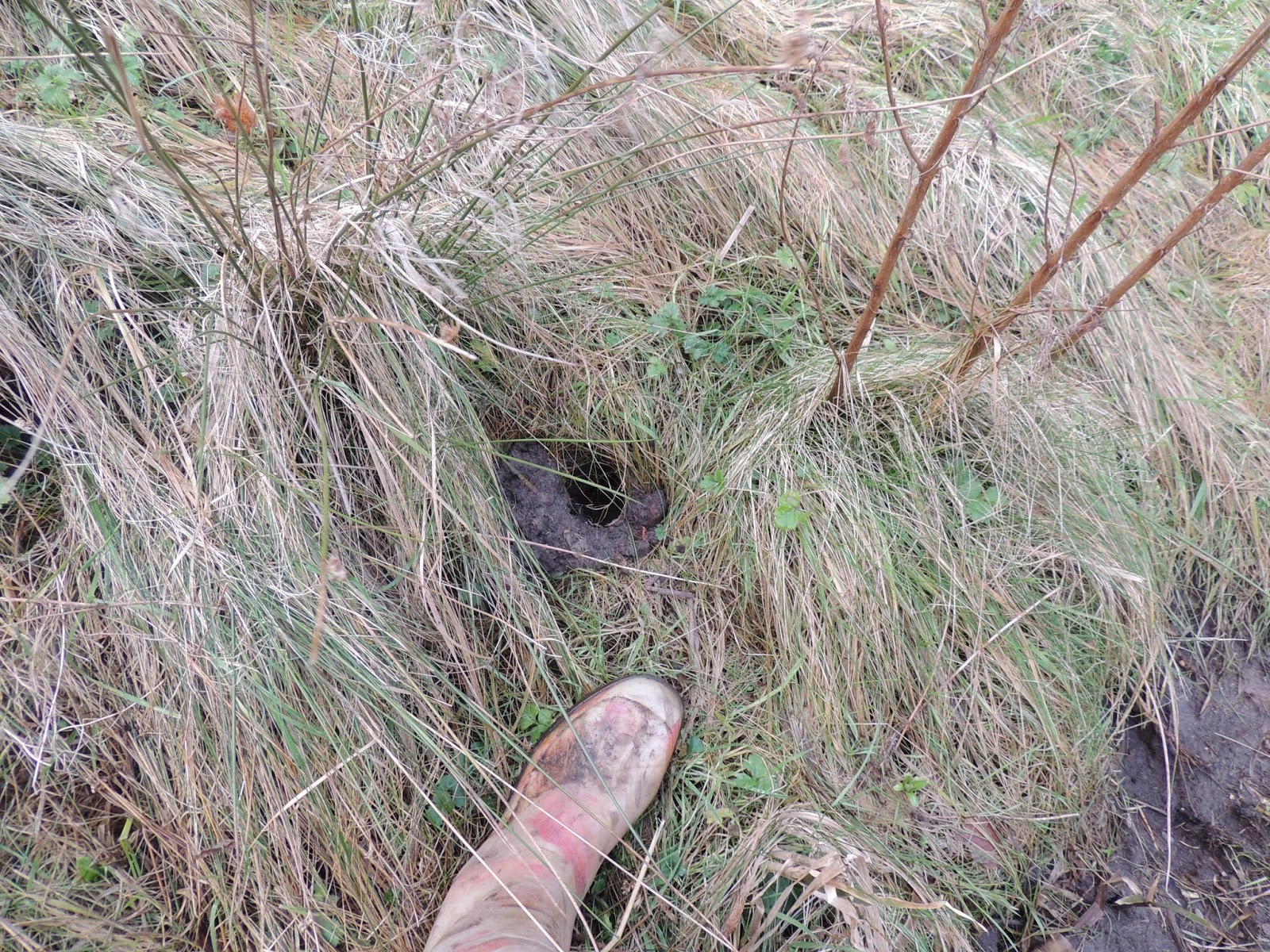 At the moment there are no signs at all in the field off Edgeley Road, unless this photo above is a burrow. Water voles don't usually leave spoil heaps outside, though, so it could be mole or rat.


I was dismayed and cross to hear on the radio a few days ago Michael Eavis name-check water voles as one of the causes of flooding. I know: how bizarre can you get? His argument was that 'rivers aren't being dredged properly because of environmentalists wanting to protect riparian habitat', and that 'dredging alone is the solution to managing extreme rainfall'.

He's wrong about dredging, as this article explains:
http://www.theguardian.com/commentisfree/2014/jan/30/dredging-rivers-floods-somerset-levels-david-cameron-farmers but he's also wrong to reference water voles as they don't even live along broad, fast-flowing rivers, so they're just not part of the equation here.

In fact the one place in Whitchurch that's flooded this winter happens to be immediately downstream from a channel that's been dredged by the landowner, although I think the immediate cause was a blockage under the bridge.

I can understand Eavis wanting to look for scapegoats, but that's not the way to solve the problem. Unusual dramatic flooding is bad for everyone, voles included, and needs a joined-up strategy from a forward-thinking, intelligent Minister for the Environment. One who understands that what's bad for wildlife is bad for humans too.
Posted by Kate at 02:11 2 comments: