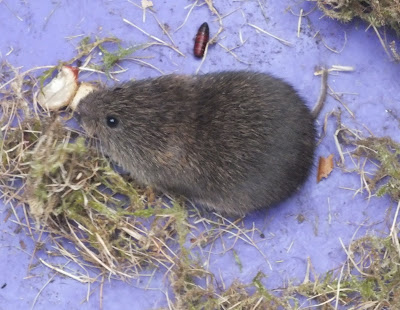 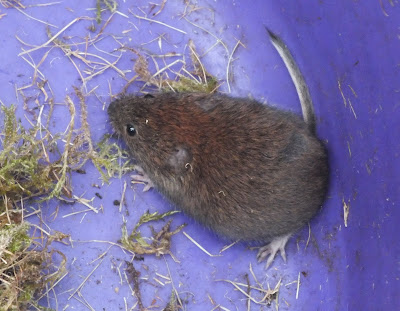 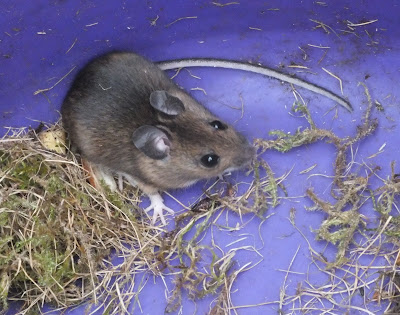 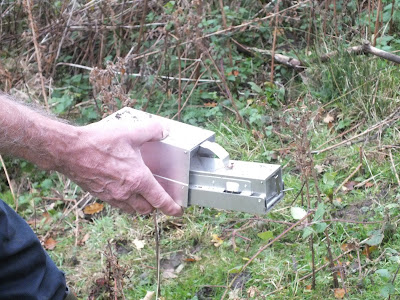 A closed trap usually means there's something inside. 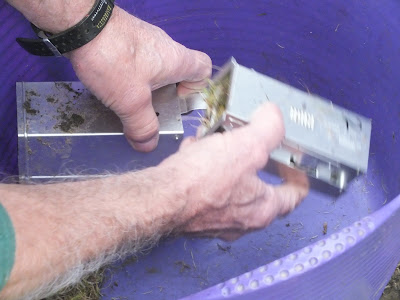 Carefully separating the two chambers. The animal can be in either the front or the back one. 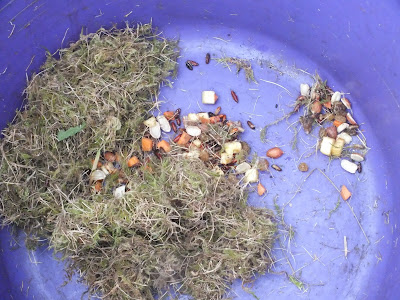 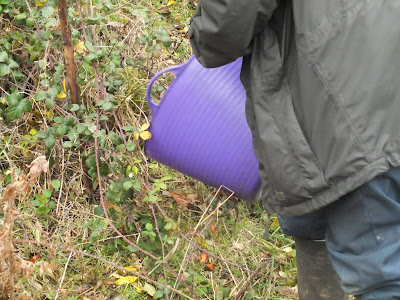 Release! (Always into the same area where the mammal was found.)

The traps were baited with moist apple, carrot and raisins and peanuts, and also casters which you need in case a shrew enters the trap. Soft grass and mossy bedding is added to keep the animal warm. The traps are put out the first night and left open, then set the second night and checked early the following morning. Longworth traps separate into two chambers: separation is done carefully over a bucket so the mammal can be contained whilst its species is checked.

Lots of small-mammal captures mean a healthy ecology so it was great to see so many on the reserve. I was especially interested to compare the field vole and bank vole as they're very similar in size and shape.

Both are evolved to fit their separate niche in the environment.