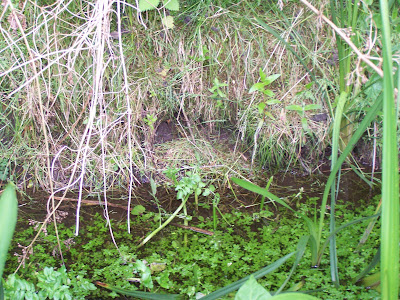 A water vole-sized burrow at Waylands Road, with grazed watercress in front 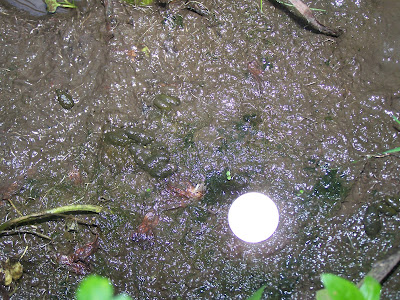 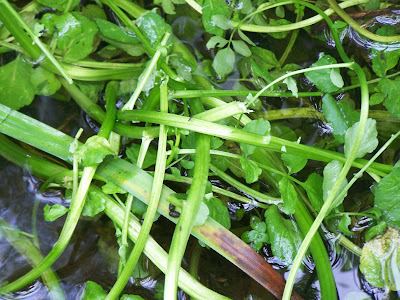 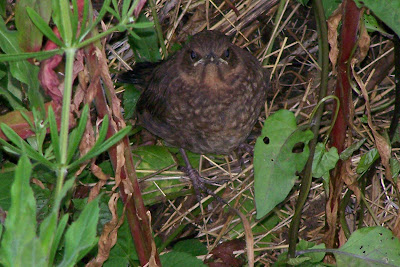 Baby blackbird
I tried to make use of this fine evening by staking out the ditch near Lidl, but all I saw was field voles. They move so much faster than water voles - they dart nervously about, whereas unalarmed water voles amble, and sit for long period eating.
.
A quick poke round the back of Waylands Road, though, revealed water vole latrines and field vole droppings. Our surveys have shown many times that the two can live side by side.
Posted by Kate at 11:52