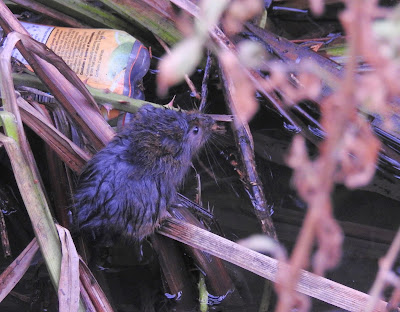 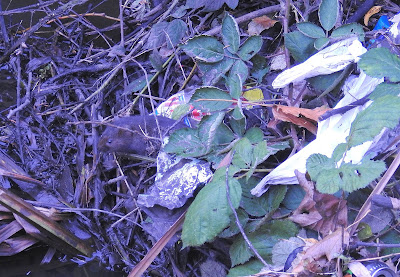 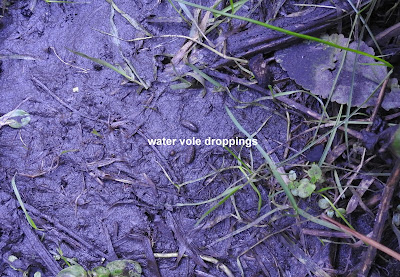 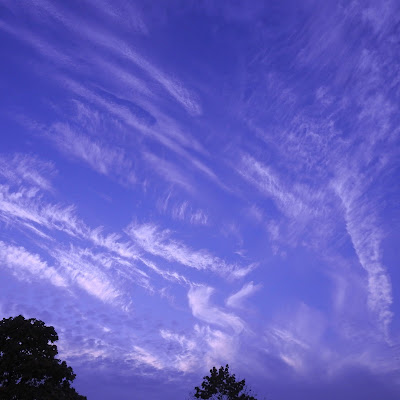 I've normally given up looking for water vole by late September, but there's been a flurry of activity at the Wood Yard this week. Now the vegetation's died back you can see several voles at work, feeding up on rhizomes for the winter. The top photo shows a nervous juvenile, and the second a large adult.

Worth mentioning that I had a nice chat with three teenage lads who wandered past and asked what I was looking for. So many youngsters are interested, if you catch them at the right time.
Posted by Kate at 10:43 2 comments: 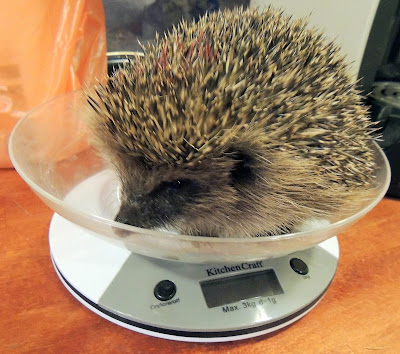 A marked hog (the red spines are nail varnish) we got from a rescue centre to over-winter, back in 2013. 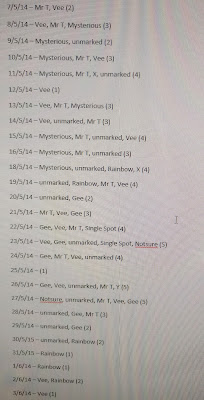 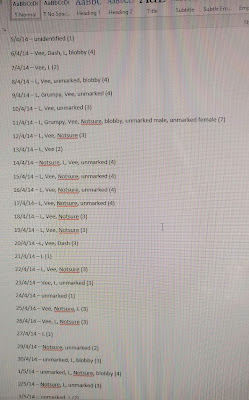 Some of the lists I made of sightings. 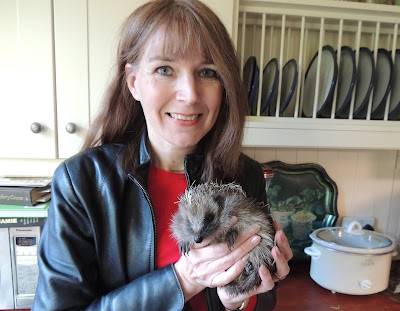 Those of you who've followed this blog for years might remember a lot of posts about hedgehogs. A few years back I realised there were hogs in my garden, so I started to monitor them using a trail cam. If I came across a hog in the flesh, I'd take it inside for weighing, sexing and marking-as-approved-by-the-BHPS. (That meant a little bit of white enamel model paint applied to the tips of the spines only.) By this method I was able to keep tabs on numbers. What I discovered was that we had over twenty individuals visiting over the course of the year. Some nights there'd be as many as seven in the garden at once.

I began to speak to neighbours about it, and found out they were seeing hogs too, and the animals were going up and down the length of the street. People would call out to me, 'We had one of your hedgehogs on our patio last night!' I leafleted houses nearby, explaining how to help hedgehogs and what kind of things were dangerous to them. For the four years I kept tabs, it was a busy, thriving hog community.

Then, at the start of 2016, I found on the lane behind my house a dead hog that had been hollowed out. Only the skin and spines remained. This individual had been on camera only four hours before, so it hadn't lain around and been eaten by scavengers over time. Whatever had killed the hog had scooped the flesh out in one go. The only predator I knew that killed hedgehogs this way was the badger.

Over the next couple of months, hog sightings on my trail cam dropped right off, until at what's normally a peak time for numbers, July/August, just one was visiting the garden. Then in early autumn, my next door neighbour called to say there was a hedgehog sleeping in his compost heap and it might be in trouble. I went round to see, and when we turned the animal over it again had been scooped out leaving just the spines. Dismayed, he showed me where 'something big and strong' had pushed apart his wood pile in the night to gain access to the garden. I was wondering if a dog might have done it, but they don't hollow out hedgehogs that way.

Two days later another neighbour from across the road messaged me to say she'd come back from an extended stay abroad and found her garden had been taken over by badgers.

We haven't seen a single hedgehog since. Someone at the far end of the road reported a nesting one at the beginning of the year, and we all got hopeful, but it quickly disappeared. There are just no hedgehogs here any more. The entire community has vanished.

I'm aware this will not be a popular post at a time when badgers are politically vulnerable. But as an ecologist, albeit an amateur one, I have to report a true observation. I know it's mainly environmental threats that have brought hedgehog numbers to desperately low levels; however, when a species becomes so vulnerable, then even native predators can become a critical threat.

I believe it's an issue we have to at least talk about if we're going to save hedgehogs from extinction.
Posted by Kate at 04:20 4 comments: 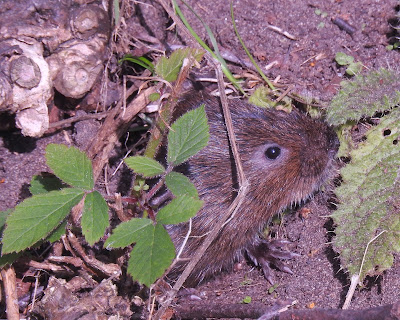 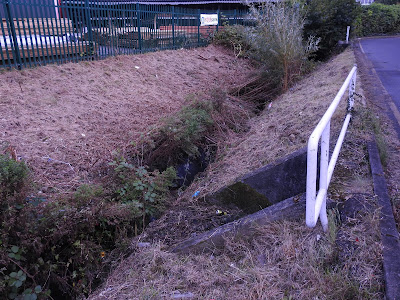 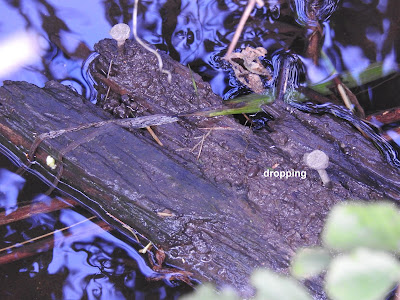 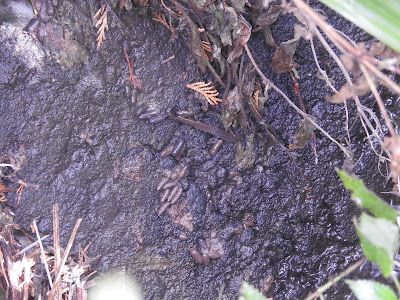 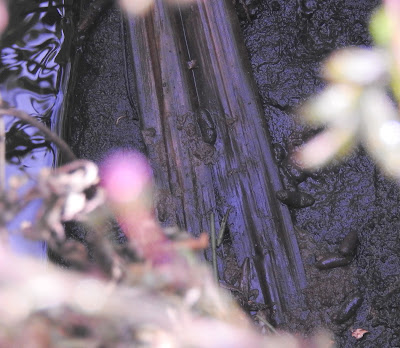 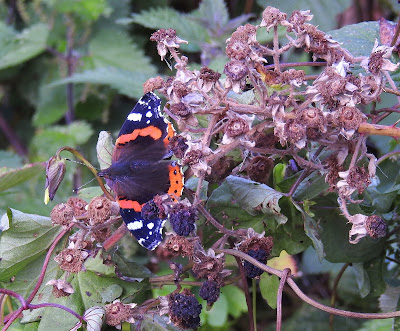 The Environment Agency have been strimming the banks as they usually do in autumn, using what I'm pretty sure is an 'M cut' where you leave a good fringe of cover next to the water's edge. This is vole-friendly maintenance. A few years back, the EA very kindly came out and chatted with the Whitchurch Water Vole Group about what was best for both flood management and wildlife, and have consulted us ever since.

I was delighted to get three sightings at White Lion Meadow today. There are certainly quite a lot of droppings about, showing that voles are active there.
Posted by Kate at 09:55 No comments:

Return of the Otter 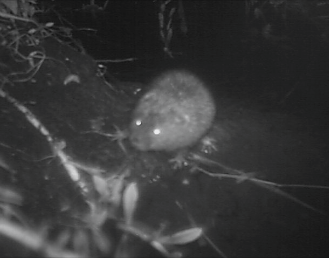 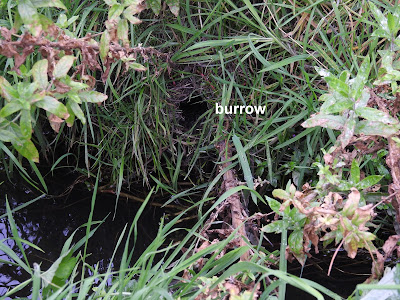 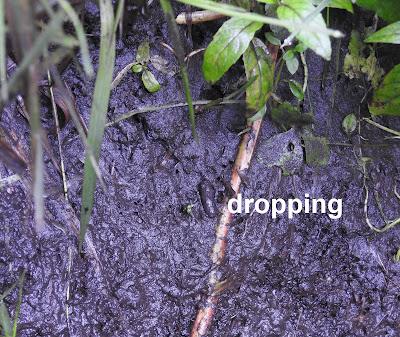 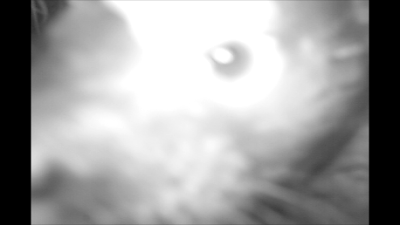 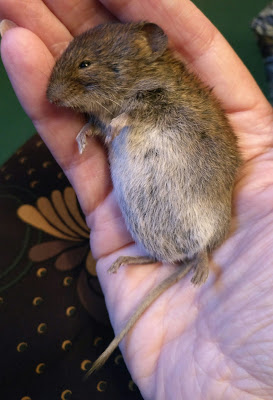 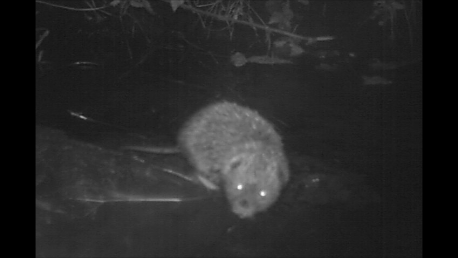 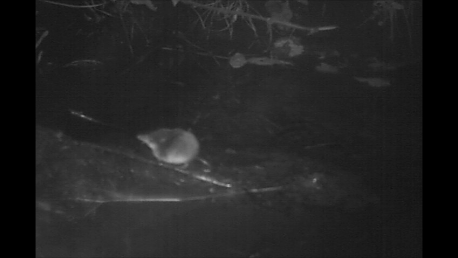 The water vole activity remains stubbornly nocturnal, though there've been no more otter sightings or particular signs of other predators. Video footage shows the colony's as busy as ever.

Meanwhile this dead bank vole was left on our drive by a cat, and I post the photo because it's useful to get a really good close look at the features which make it identifiable. Nose blunt and ears small = vole, no question. But it's too small for a water vole, which means (on mainland UK) either bank-vole or field-vole. So then you check the tail and here it's just over 50% of body length, which makes it definitely bank vole; in field voles the tail is much shorter. In fact sometimes field voles are called 'short-tailed voles'. There are subtle differences in fur colour and texture too, with bank voles being a little redder than their greyish cousins. Tail's the main identifying factor, though.
Posted by Kate at 11:43 3 comments: