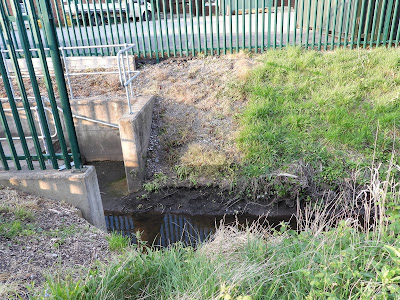 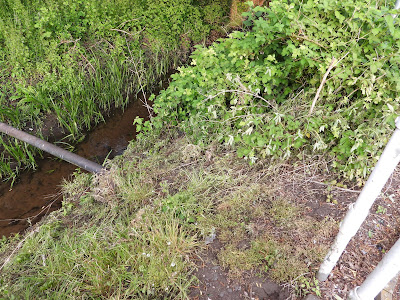 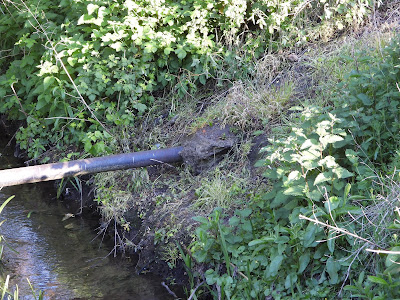 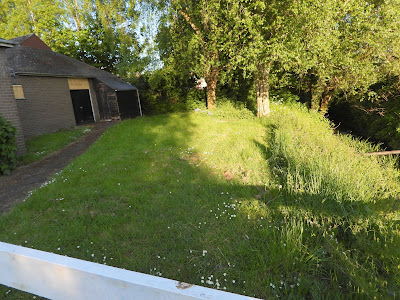 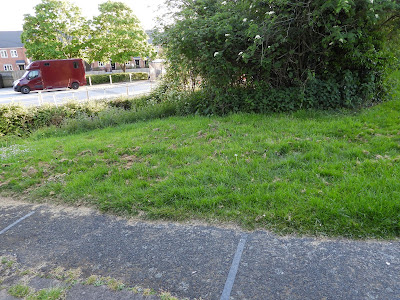 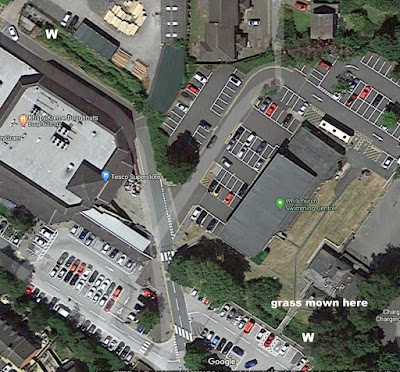 Map showing with a W where the weedkiller has been used.

Below, a map showing where the mowing and weedkiller has been used between the Newport Road and Edward German Drive. 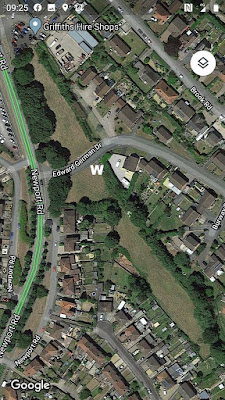 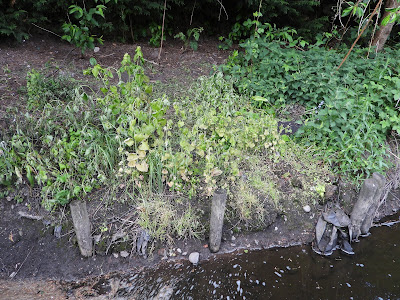 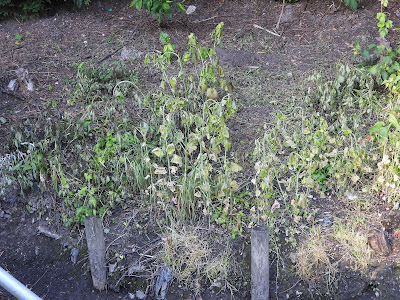 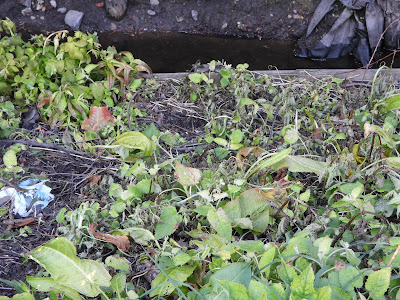 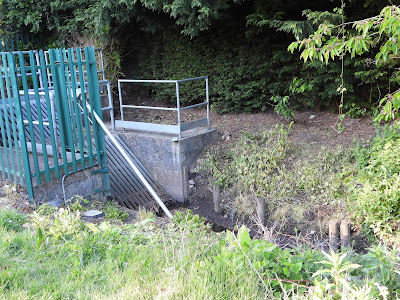 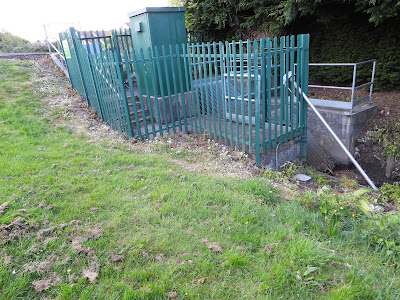 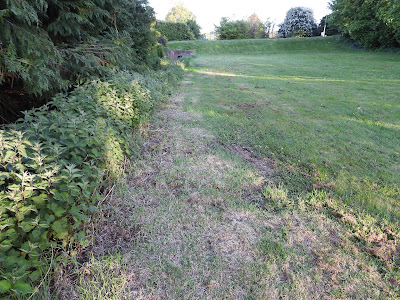 Having received no reply to my email to the council, I asked them about it on Twitter. Shropshire Council Twitter feed say it isn't them, even though two days ago a householder on Edward German Drive rang their Head of Grounds Maintenance and he said it was. The council are saying it's the Environment Agency. So I've reported it to the EA and they are looking into it.

I'm not out to blame or shame anyone. I just want whoever did it to realise they got it wrong and put in steps to make sure it doesn't happen again. Using weedkiller by water courses is against the law, even if there isn't a protected species present.