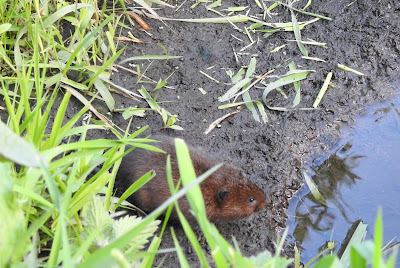 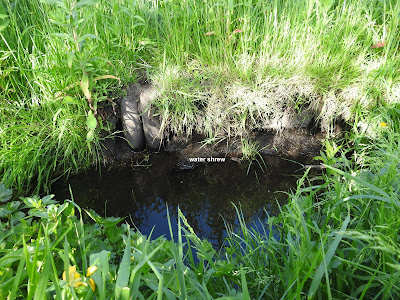 You'll have to click to enlarge the photo - he wasn't stopping! 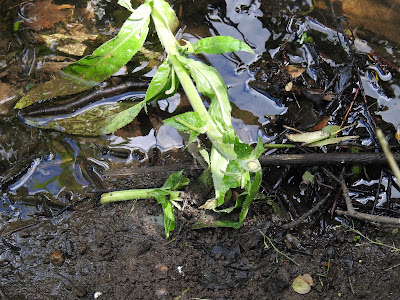 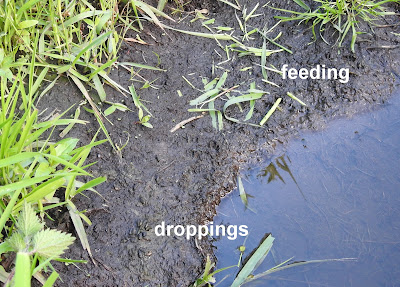 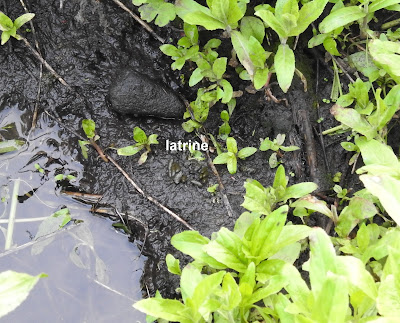 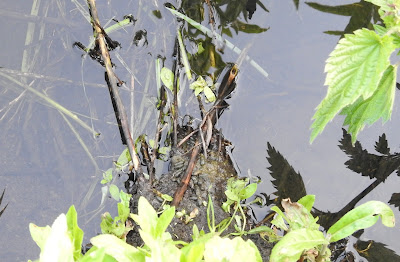 Above: droppings and feeding at Edgeley Road.
Below: at Edward German Drive. 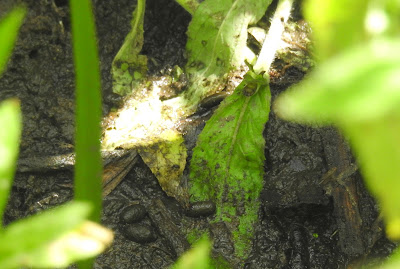 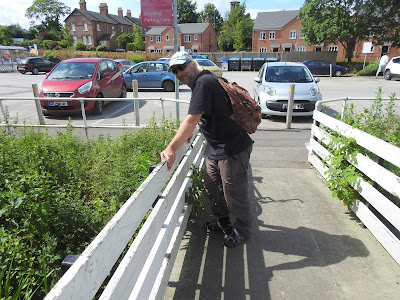 My Twitter friend Pooks, who I met for the first time in real life and by accident!


You meet some really nice people when you're into wildlife, and the chap above is one of them. He'd been passing on water vole sightings to me via Twitter for a while. But I had no idea who he was when I approached him on the bridge by the main town car park and asked him if he'd spotted any interesting wildlife in the stream. 'There are supposed to be water voles here,' he said. I told him he was right, and pointed out a burrow. At which point he turned to me and said: 'Hang on, are you on Twitter?' I said, 'Yes, I'm @volewriter!' And then we knew who we were.

After a good chat he went off towards the wood yard to see if there was any vole activity there, and I went in the opposite direction, looking for field signs that would tell me how the colony was doing further along the brook. But fifteen minutes later he came hurrying up to me to show me some lovely photos he'd got of a water vole behind Tesco's.

Later in the day I went to check on Mossfields (the back of Saddler's Walk), and the voles there look to be doing really well.
Posted by Kate at 12:48

Love your posts, as ever!