End of the Season 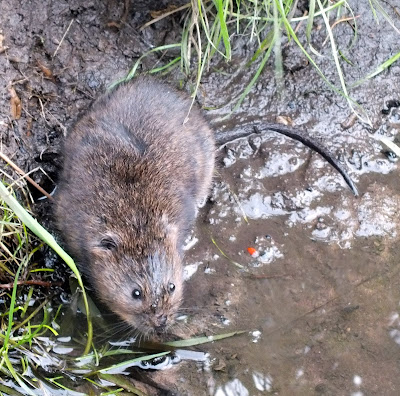 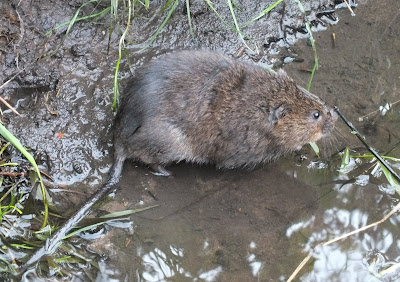 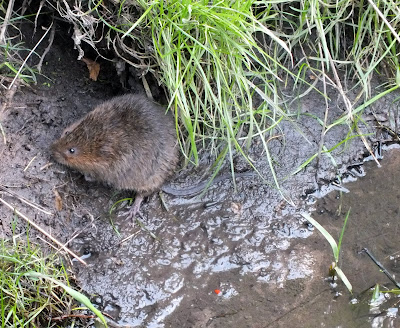 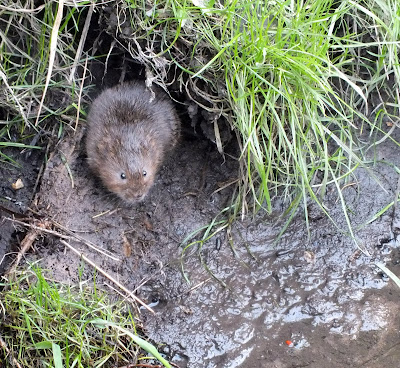 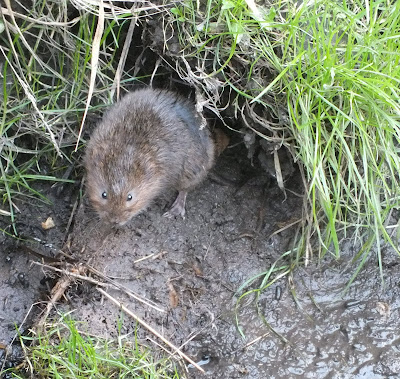 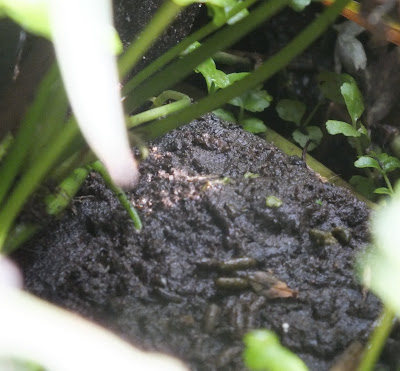 Latrine at Black Park Road
I checked Black Park Road and the stretch near the railway bridge and found a few signs which makes me think the colonies here have also had a stable year. The back of Waylands Road is so overgrown I can't get down to investigate, but if there are voles at the Homebase end, and voles at the Edward German Drive end, there ought to be voles in between.
In summary, then, all the areas I monitor seem to have done well in 2011 except for Brick Kiln Farm and Mossfields (the back of Saddler's Walk): both sites suffered through lack of rain, I suspect. There's been some sort of incident or crash on the Prees Branch Canal nature reserve too: my bet there is mink, and who knows whether that site will recover. On the plus side, the Country Park's made a strong recovery and I've seen more water voles there than ever before. Even though we've had very few sightings for White Lion Meadow, I believe there's still solid vole presence there but the lushness of the vegetation nowadays hides the banks and the stream. There could be herds of voles under there!
These chaps pictured above will probably be my last sighting of the year as it's getting too cold to sit still by the stream for long, and anyway the voles tend to move underground as winter approaches. So as usual, this blog will go into semi-hibernation till the spring, when I'll start again with a round-up of news on all the local colonies.
Posted by Kate at 11:11

Great photos (as always), I haven't seen a water vole for a few weeks now and even my lunch time water voles seem to have forsaken me.
Enjoy your semi-hibernation.

It's funny how they vanish and then return. I always think of that 'Cotton Eye Joe' song - "Where did you come from where did you go?"

See y'all next year, Ratty!

I've never seen a vole before. They are so cute! Out here in the Arizona desert we have coyotes and rattlesnakes, but no voles :)

There are Montane voles in Arizona, but I don't know whether they live in the desert:
http://www.wildlife.state.nm.us/publications/press_releases/documents/2008/images/mouseandvole.jpg

I bet the desert has some form of small mammal, though.