Even when you don't see actual water voles... 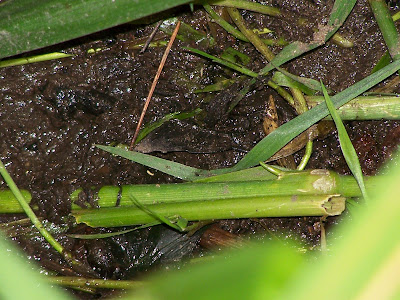 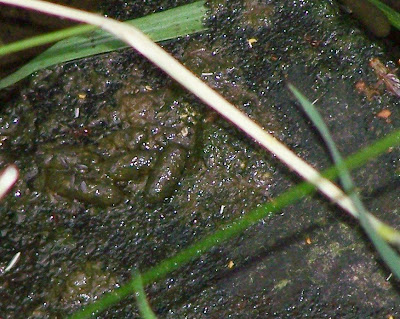 ...you can tell they've been around. This fresh latrine was outside the timber yard, which suggests the population by the car park is expanded to the point where that stretch won't suffice. There are burrows by the timber yard, too.
.
And the feeding station, together with more burrows, I discovered at the back of Edward German Drive. There won't be any more water voles in the bank where I photographed one last year ( http://staggsbrook.blogspot.com/2007/05/rafts.html ) because someone's installed woooden palings that go down to the water level. But there are voles further up, which is great. Cats are unfortunately a problem round here, though.
.
Two adults feeding tonight at White Lion Meadow.
Posted by Kate at 11:38